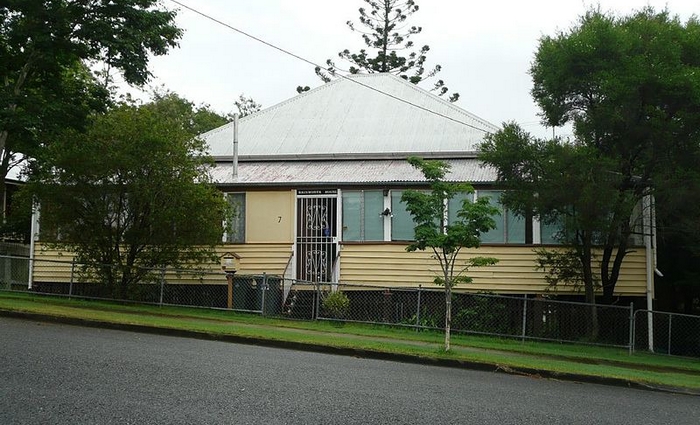 Did you know that the heritage-listed Rainworth House in Bardon is over 150 years old?

Built in 1862, the historic home is currently one of the few surviving original timber houses in the area.

Rainworth House is a rare example of a 1860s dwelling of the steeply pitched short-ridge roof variety. The home was originally built as a farmhouse and is now part of suburban Brisbane.

Rainworth is especially significant because of its long and personal connection with Sir Augustus Charles Gregory KCMG CMG FRGS MLC. To date, the residence still bears the stamp of Gregory the practical bushman rather than the prominent public figure.

Sir A.C. Gregory is recognised in several names of places such as Gregory Street, Toowong and Gregory Park, Milton, and the locality of Rainworth itself.

History of Rainworth House in Bardon

Sir Augustus Charles Gregory is a famous explorer and surveyor-general of Queensland from 1859 to 1879. He built the home in 1862 and was the sole farmhouse in the area at the time.

He named the property Rainworth after a small town in Nottinghamshire which is close to his birthplace at Farnsfield, England.

Read: The Evolution of Bardon House

Sir A.C. Gregory was a dominant, conservative member of the Legislative Council. Furthermore, he was also a vital personality in Toowong’s local government, a leading Queensland freemason, and an influential amateur scientist.

Despite his high profile, he chose to live a rather simple life in his rustic farm cottage. Serving as his rural retreat and residence, Rainworth has been a place where he could think, invent, create, and write. He lived in the farmhouse until his death in 1905.

Except for the closed-in front verandah, Rainworth House remains largely untouched since Sir A.C. Gregory lived there. It still features an interior of rough cut wide planked walls and ceilings.

Read: Bardon’s Blast From the Past: A Walk Down Memory Lane Through Heritage Homes

Following Gregory’s death in 1905, the subsequent owner, Robert Philp, merchant and politician, rented the property, as did ensuing owners. When the ensuing owners subdivided the estate, they relocated the house from nearby to its current location in Barton Street.

In 1949, Frederick and Mildred Howell rented and later purchased the property. Their descendants continue to occupy the premises.

Rainworth House in Bardon is added to the  Queensland Heritage Register on 21 October 1992. It remains to be a significant landmark of the area to this day.