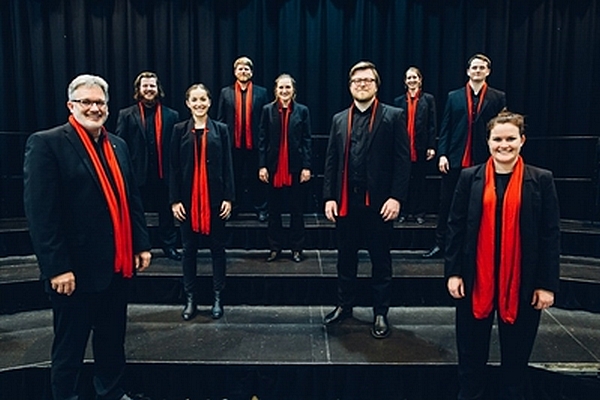 Bardon’s Voices of Birralee has been invited to take part in the first International Choir Festival “Astana- The Voice of the World”. Because of this, eight of their choristers went to represent Australia at the event in Kazakhstan.

Kazakhstan may not have been on the group’s top list of places to go. However, the festival allowed the choristers, with their conductor Paul Holley, to explore its capital city, Astana.

“We’re looking forward to being a part of such a massive event which celebrates choral singing, while also promoting a more peaceful world,” Mr Paul Holley OAM said.

Read: Parcels of Hope: A Project by a Five-Year-Old From Bardon

The International Choir Festival “Astana- the Voice of the World”

The International Choir Festival “Astana- The Voice of the World” is a gathering of some of the world’s best choirs.

Astana hosted the event from 5 to 11 October 2018. The choir festival was part of the Sixth Congress of Religious Leaders which is one of the world’s most important religious diplomacy events.

The festival included musical performances and flash-mobs as well as master classes by the world’s leading choir experts and judges. The festival concluded with the Gala concert. It involved 500 young singers from five continents, representing different faiths, performing in support of the world without terrorism.

Voices of Birralee was established by Julie Christiansen OAM in 1995. Since then, they have enjoyed several enriching tours. Some of their destinations included France and Belgium as part of a current five-year commitment to the Department of Veterans’ Affairs to sing at WW1 Centenaries. They’ve also been to Canada, Austria, England, Korea, and New Zealand.

Choristers from the Voices of Birralee certainly made Australia proud as they took part in the massed choir pieces conducted by Hungarian, Gábor Hollerung, and Demeyuov Beimbet from Kazakhstan. It wasn’t an easy feat as the choristers worked hard in getting everything right with the Kazakh and Russian pronunciations.

Interestingly, the eight singers, aged 19 –30, are from a range of occupations including students, musicians, surveyors, and marketers, brought together by their love of music.