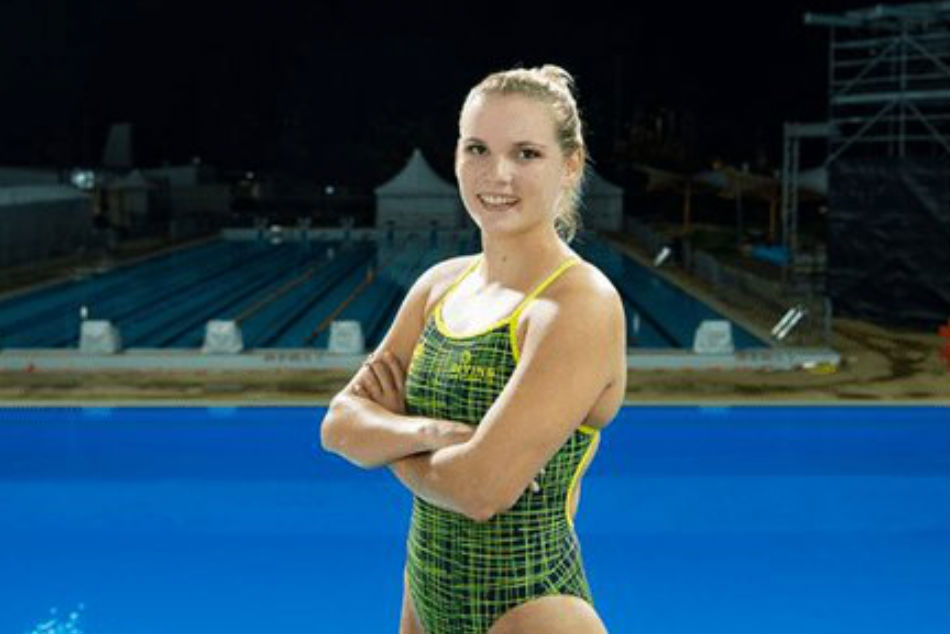 A rare mum and daughter team would have been present at the Commonwealth Games diving events. Little Ducks Childcare Community’s manager in Bardon, Michelle Kovchenko would be tallying up the scores manually, whilst her daughter Taneka competes at the Gold Coast Games. However, a sudden turn of events forced Taneka to retire from her diving career after 14 years due to health reasons.

Taneka took to her Instagram account to announce her retirement due to her safety. She narrated that since the end of last year, she had been feeling chronic headaches and neck pain. It was only recently that she had herself checked and found out that she has a health condition and a dive gone wrong could turn her into a ventilated quadriplegic.

Pt.1 This past week I’ve had to make one of the hardest decisions of my career so far and I would like to firstly say thank you to medical professionals at SASI for being so diligent throughout this process because without them life could have be a lot worse. Yesterday I announced I am having to retire from diving due to my safety. Since the end of last year I have had chronic headaches and a lot of pain in my neck. We decided it was time to get it check out last month so I had a few scans done, not thinking much off it. From the first scan we found I have a fairly common genetic formation where my scull formed before my brain finished growing which seemed to pose no immediate problems but my Doctor wanted to send me to the neurologist as this can sometimes cause a build up of fluid in the spinal cord. I had a few more scans done in flexion and extension of my neck which found my neck is hyper flexible and my c1 and c2 are compressing my spinal cord and the bottom of my brain when in these positions. The neurologist and Doctors where very clear that if a dive was to go wrong that the result would be being a ventilated quadriplegic. This was a super scary moment. I thought of every scenario to try and continue diving till at-least the end of this season however the risks highly out weighed the options of continuing to dive and sadly had to make the heart breaking decision to stop diving. I have had an amazing 14 years diving chasing my dream of representing Australia. I am great full for every experience and opportunity I have been given. I am leaving the sport as an athlete proud of my accomplishments and with so many life skills. I have learnt so much from this sport including courage, determination, inner strength, persistence, confidence, self belief, to aspire, support and empathize with teammates even if it’s a primarily individual sport. This may be the end of my diving career but I’m not going to be a stranger to the sport, I’m still in love with it.

Not taking any more chances, Taneka decided to retire for her health and safety. She thanked her supporters and the people who have been there for her throughout her athletic career in her two-part Instagram posts.

Pt. 2 I want to say a huge thank you to everyone who has played a roll in making my years in diving such memorable ones from the highest of highs to the heart breaking lows, it’s all been worth it. To my teammates off to the Gold Coast for comm games thank you for the support and inspiration not only through this week but also over the years. I love you all and I wish you all the best next week I’ll be cheering you all on 💪🇦🇺 To my coach Michel Larouche I am beyond grateful for being able to be guided by you these past 3 and a half almost 4 yrs my longest standing coach to this day. I thank you for pushing me to my limits and beyond. I’ve learnt by pushing the limits it enables us to change, learn and improve our selves. Thank you to @sa_sports_institute for everything the support and guidance you have given me over the past three and half years has been amazing in and out of the pool. You are all like family to me and I now truly have a soft spot for SA ❤️ @divingaus thank you for your support over the years these past few have been beyond my wildest dreams and I’ll be forever great full for the opportunities given to me to represent Australia in diving. Last but not least thank you too my family for everything I love you all so much and am internally grateful for your love and support ❤️ over the many years. I am sad that this chapter is closing but excited for what might be around the corner. No matter what I know one thing will never change I’ll always strive to be my best and continue chasing my dreams.

In March, Taneka and Melissa Wu competed at the Diving World Series in Beijing, China where they won bronze with 299.46 points.

The Commonwealth Games was supposed to mark Taneka’s debut into the international multi-sport event along with Matthew Barnard and Matthew Carter.