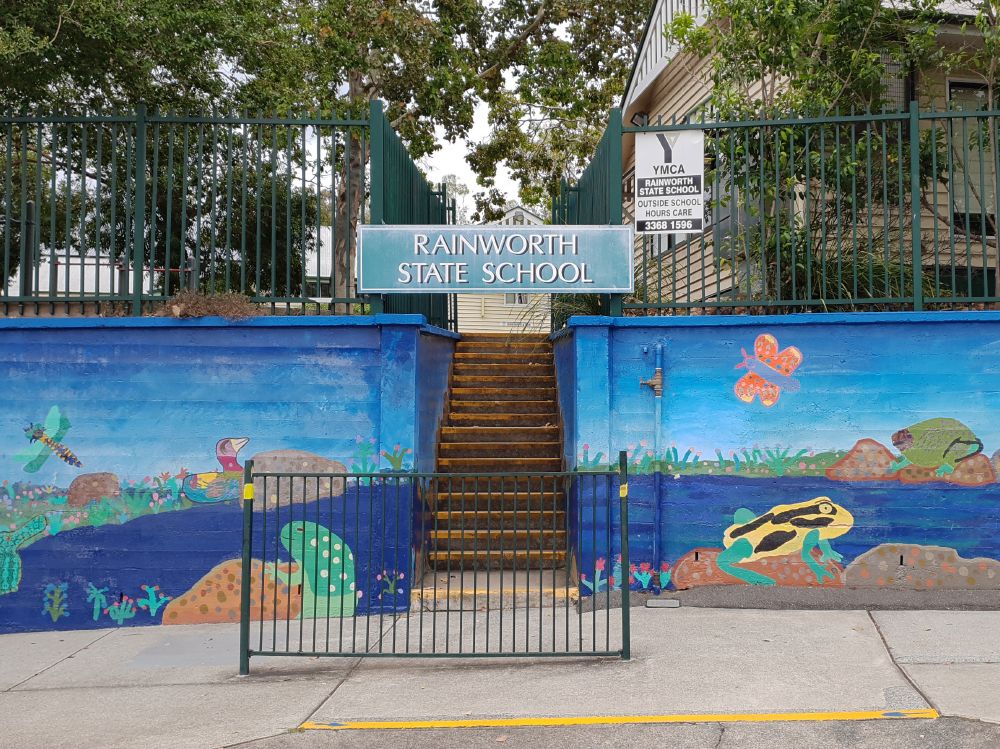 Rainworth State School, one of the leading primary schools in Bardon, has been entered in the Queensland Heritage Register.

Inscribed in the heritage register on 21 August 2019, the school was classified as a State Heritage site for its significance in the following criteria:

During the 1930s, the Queensland Government launched building and relief work programmes that provided work for men unemployed as a result of the Great Depression. The school’s Brick School Building, retaining wall with stairs, and the levelling of parts of the school grounds for a playing field and tennis courts were the results of these relief work programmes.

Until today, the original timber building in the school is still being used and currently houses eight classrooms. A complete refurbishment of all the existing buildings was done in the 1980s.

In 1928, Rainworth State School opened with only 238 students and five teachers. It was built on land purchased by the Department of Public Instruction from a farmer named Robert Finnick to accommodate the need for a new school in the area.

Back then, the school had an easier access to pupils. It helped relieve overcrowding at schools in surrounding areas and served Rainworth, Rosehill and Soudan localities, and parts of Birdwood Terrace, Upper Paddington, and Bardon.

Fast-forward to present day, the primary school now has twice the number of students since it opened. As of 2017, there were a total of 549 children enrolled at Rainworth State School. It is located 4.2km west of Brisbane CBD and currently accepts Prep Year to Year 6 students.