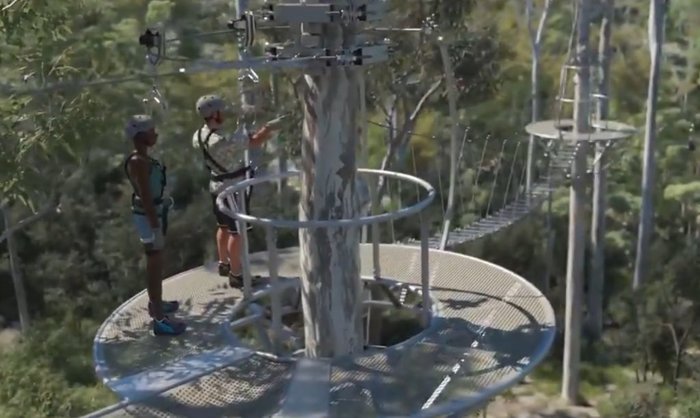 The Brisbane City Council has finally submitted the development application for the Mt Coot-tha zipline for public scrutiny. However, a number of locals are not pleased that the DA was released a few hours before a public meeting on 3 September.

The project has long been met by opposition from the community. But the council remains steadfast in pursuing the zipline as it believes this will help the city’s push to bolster ecotourism, which has been cited as one of the top tourism industries today.

Prior to the release of the DA, the council released the detailed designs of the zipline project. According to the plans, there will be twin ziplines: a treetop canopy zipline spanning to 1.2 kilometres and a scenic zipline that will run through a 1.1-kilometre line.

The scenic zipline will start from the Summit Lookout to the Botanic Gardens, running up to 60 kilometres per hour and showcasing sweeping views of the city. It is planned to be open between 7:00 a.m. and 10:00 p.m.

“The Scenic Zipline has been designed to deliver the best views in Brisbane, with the zipline travelling a minimum of three metres above the top of the tree canopy all the way down the mountain,” Lord Mayor Graham Quirk said.

“Users will travel through nine treetop platforms along ziplines of between 20 metres to 330 metres in length and each of the platforms will be secured to the trees using brackets that carry the weight of the platform, without damaging the tree,” Cr Quirk added.

This project is expected to deliver over $230 million economic benefit over 30 years.

Call to Stop the Zipline

Among the concerns of the local community is the impact of the of the project on the environment. In August, the Save Mt Coot-tha – Stop the Zipline group staged a protest in Toowong and launched an online petition opposing the privatisation of Mt Coot-tha and the Botanical Gardens.

Following the release of the DA, the local community remains unhappy and have called the proposal “vague.”

See details of the Development Application.