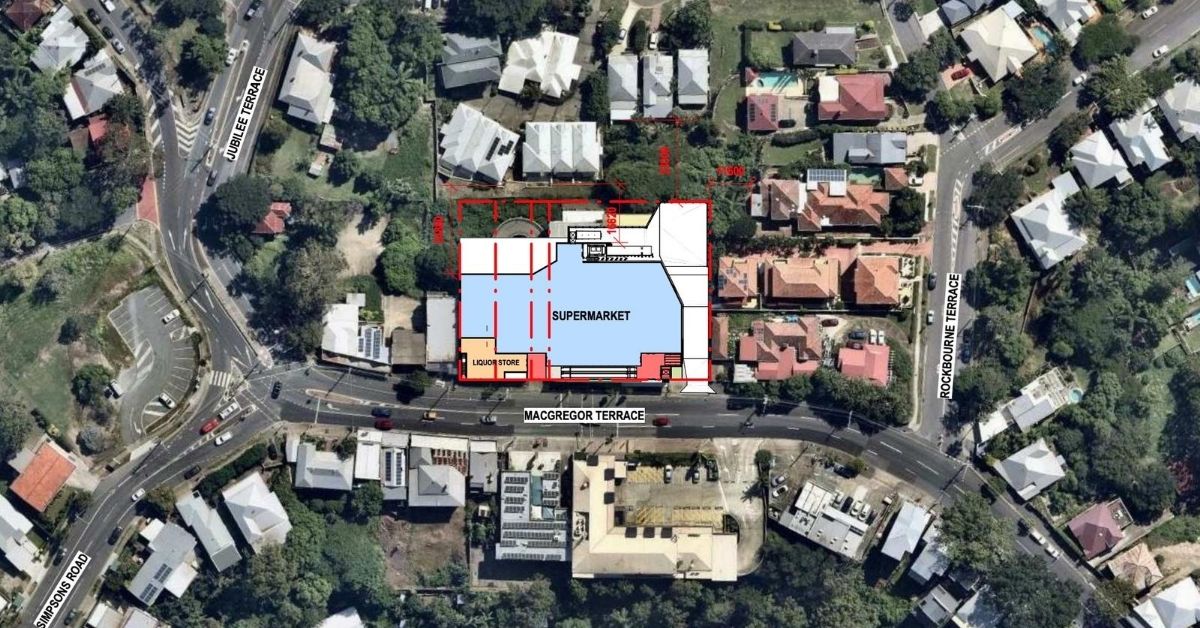 A Coles Local and Vintage Cellars bottle shop may soon open across a  retail complex in MacGregor Tce, if a development application lodged with the Brisbane City Council successfully passes approval. While it may mean business and jobs coming to the ward, traffic concerns over the location could hamper its success.

Those opposed to the development said that the location of the mini-store is a busy area and a Coles Local will likely intensify the congested traffic in a known bottleneck. MacGregor Tce has two narrow lanes that easily fill up with cars coming from the retail stores.

The proposal also includes 105 parking spaces. This means more carpark access for shoppers but more traffic on the road, which could also lead to road accidents.

“The location of a shopping precinct in this area will negatively impact the flow of traffic in an already busy and difficult to exit area,” one opposition to the development application stated.

“The amount of car parking provided will encourage car trips levels that will have a significant impact on surrounding land, including amenity and pedestrian connectivity, ” another resident said.

But Pradella, the developer, sought a traffic assessment of the site from an independent consultant, which stated that a Coles Local may generate less traffic even during peak periods.

“The proposed development is anticipated to generate in the order of 250 vph (vehicles per hour) during the weekday PM peak period and 286 vph in the Saturday peak period,” Cardno stated in its assessment. “This indicates the proposed development generates 78 less vehicles in the weekday PM peak and 148 less vehicles in the Saturday.”

Councillor James Mackay said that Council should carefully weigh the proposal’s traffic implications in as much as he welcomes the development. MP Michael Berkman, on the other hand, also asked the Council to study the proposal and consult with the community as it will affect commuters and the neigbourhood.

The MP’s call comes as Cr Peter Matic said that the proposed development fits with the zoning requirements, which means it’s code-accessible and won’t require appeals from residents. He said that State Assessment and Referral Agency (SARA) should also look into the traffic implications since Macgregor Tce is a State Government controlled road.

If approved, the development will knock down three mixed-use commercial and retail buildings. Coles said it’s not the developer or the owner of the site but it advocates for safety and will ensure that this is a key consideration in the planned site.