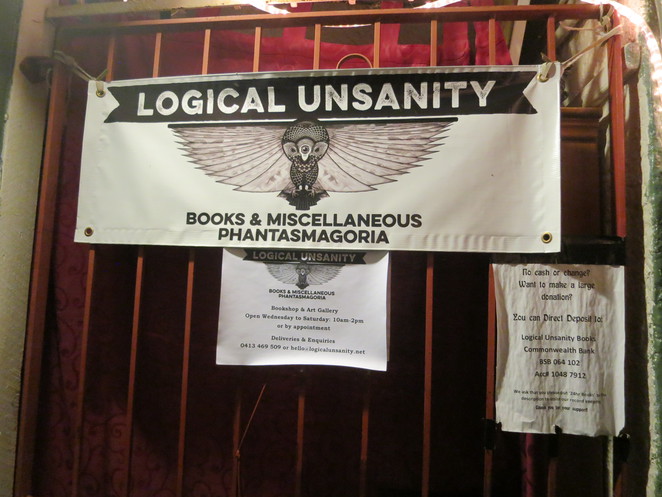 Yarran Jenkins, owner of 24-hour book shed Logical Unsanity, sells books in Bardon the way his family used to sell fruit at his childhood home in Mt. Tamborine. People come in and select what they want, and then just pay whatever they can.

Customers who pass by this book shed along Morgan Terrace will see an eclectic collection of books in a shop that lets them browse freely, and then just put their payment in the store’s cashbox before they leave.

The shop runs on an honesty system that, while risky, seems to be turning out well for them. Mr Jenkins said that he’s been running the system for a year already and he sees money in the box everyday. However, he does know that there are some people who just take the books and don’t pay. Still, he has faith that there are more people who actually pay for the books than those who take advantage and just leave with a book in hand without putting cash in the till.

“They come in at night, browse through the books and nobody disturbs them, nobody asks if they need a hand. They can just get whatever they want, put a few dollars in the box and be on their way without having to talk to anyone,” Mr Jenkins said. No frills. No fuss. No questions asked.

Mr Jenkins has been collecting books for nine years now and he said that he really doesn’t put expensive books in the book shed. He said that he can only recall one incident when someone pried open the cash box with the intention of stealing the day’s earnings. Fortunately, there was no cash inside the box at the time. After that incident, he decided to move the cash box to a different location, making it a bit harder to access and open. Since then, there have been no untoward incidents.

Mr Jenkins also sells books in music festivals up and down the East Coast. His unique selling method is a tribute to the “honesty system” that he experienced as a child. “We had avocados at the end of the gate that we used to sell like that. I knew how that worked – driving in the country, you see it all the time – and with the books it was just a natural progression,” he said.

Indeed, faith in the system and a belief that people are inherently good are the secrets to Logical Unsanity’s success.